Christine had gotten Ron a pair of tickets as his birthday gift to the 2019 Canadian International Auto Show in Toronto, being held in the Metro Toronto Convention Centre and we are going down to spend the day enjoying the exhibits.

We were fortunate that with it being the Flag Day long holiday weekend most of the traffic was heading out of the city. 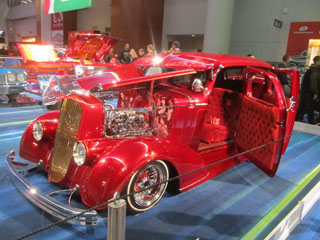 We arrived just as the doors to the exhibit were opening and it didn't take long to enter the show and get started looking at the exhibits in the South Building Lobby - Level 600 most of which were retail vendors.

From there we went to the displays in the Alley - Level 700 where I thoroughly enjoyed the Art and the Automobile Display. 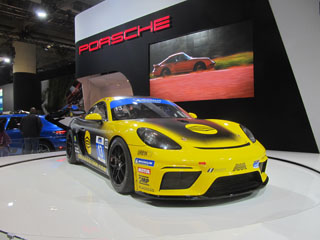 From there we proceeded to the Main Floor - Level 800 our first stop were the Army vehicles in the Military Zone. Some of them are huge monsters and they had a number of antique Military vehicles as well.

We continued through the displays on this floor and saw a number of imports including Alfa Romero, BMW/Mini, Jaguar/Land Rover and Porche. 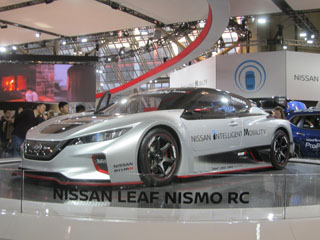 From there we went into the North Building Main Floor - Level 300 and started with the Fiat Chrysler Automobiles Canada display to see the new Jeeps which were on display.

We continued on this level going over to see the new Nissans. I liked the look of the Leaf, but it is not practical and definitely wouldn't survive on my unpaved country roads. 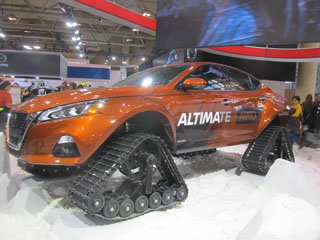 But, I enjoyed seeing the Altimate with its tracks in place of tires, which would be fabulous to use on the farm in the winter going up and down the many snow covered hills on the property.

By this time we had been at the show for five hours and it was time to have lunch, so we headed to Lobby - Level 2 for the Food Concessions. 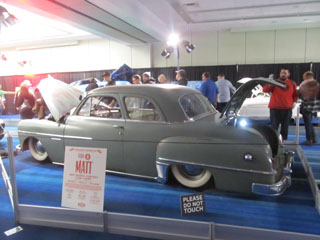 After lunch we headed to the final floor which was Auto Exotica - Level 100, which had so many things that I wanted to see starting with the Devel Sixteen. I think we should have started here and worked our way in the opposite direction.

After we went through the Canadian Motorsport Hall of Fame, we went to the Legendary Motorcar Company and then the Grand Touring Automobiles. 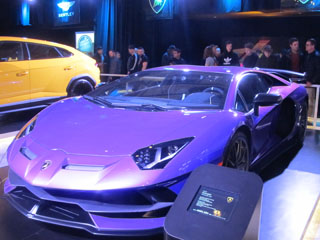 Next we went to Autostrada and enjoyed the many vehicles, followed by the McLaren, PFAFF and Lotus displays.

Lastly, we went and looked at my personal favourite the Lamborghini. 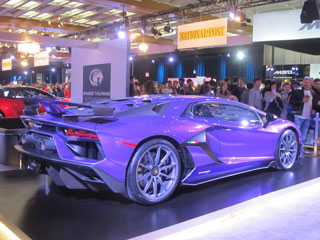 While the metallic lilac colour would not have been my colour of choice, it is only $680,380.00 plus taxes; and Ron decided he wasn't going to get it for me as a birthday gift.

It was time to head home and fortunately we weren't parked very far away.
Posted by S. Sydney at 1:45 PM No comments: