Today was the start of another weekend with many things going on and some things that had to be completed while the weather holds. 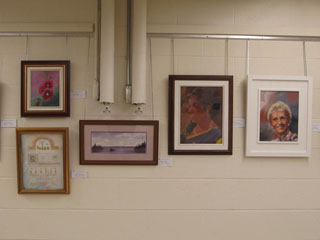 First I had to go into KAGS to drop off some of the decorations for the Eclectic Retrospective Show. There were an unexpected number of 78 paintings entered for this exhibition and for the first time in a long time the work for the show extended into the lower level of the Gallery. 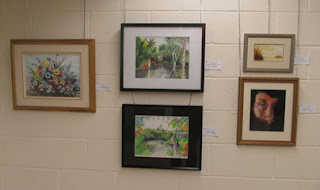 After taking a quick look at the show since I would be unable to attend the show opening tomorrow as I would still be exhibiting at the Kawartha Arts Festival, I headed up to the opening day of that show.

At the end of the show I picked up supper on the way home. After supper I helped put more paint on the house. 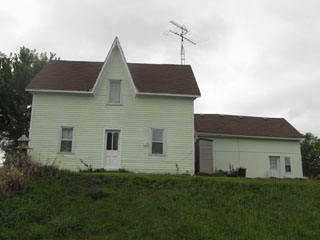 It is nice that the rain held off and the south side of the house is finally completed. Now there is only one more wall to finish and that is the second east wall that needs to be stripped and then painted.
Posted by S. Sydney at 5:37 AM No comments: