So far this year we have had quite a few Meteorological Alerts and Warnings from Environment Canada; and today we are having another batch. 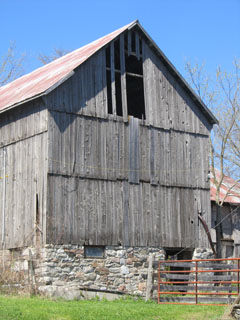 It was overcast and fairly calm until around noon and then the wind started to pick up, the thunderstorm rolled in bringing the rain.

With all this going on, we also lost power a number of times during the course of the day and into the evening. 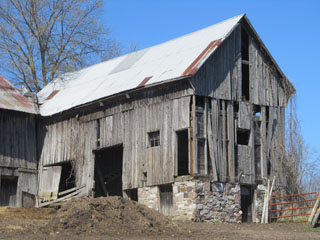 At the end of the storm more branches came down from the willow tree, a few of the pine trees lost the top branches and the maple in front of the house also lost a few more branches. 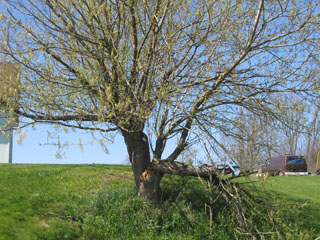 The maple tree at the back of the house lost a large limb and the old apple tree along the fence line had its trunk snapped in half. 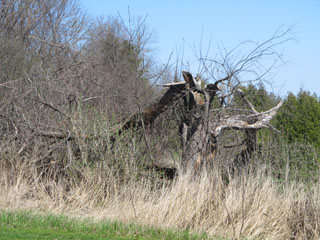 Although, the damage could have been a lot worse than what happened.
Posted by S. Sydney at 9:19 PM No comments: