Replacing Some of the Barn Floor

Parts of the barn floor in the mow are gradually starting to get "mushy" and Ron decided that before I fell through carrying a bale of hay to feed the horses, he would replace the floor. 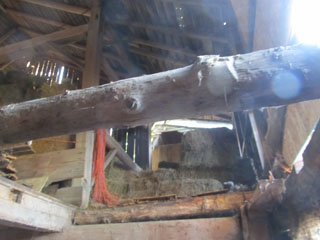 He started by removing the panels covering the floor by the doorway. 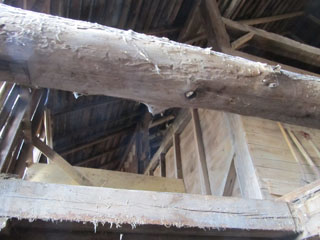 Next he removed the first layer of the floor boards which showed signs of deterioration and these were put onto the trailer to be dumped as fill at the side of the track. 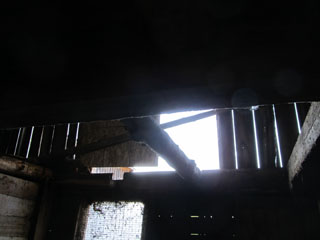 This was followed by the removal of the second layer of boards which were also put onto the trailer. 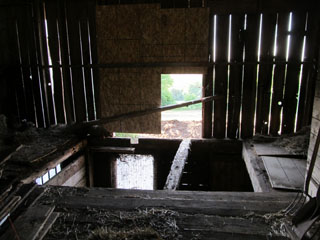 He then squared up the edges of the opening in preparation to replacing the boards. 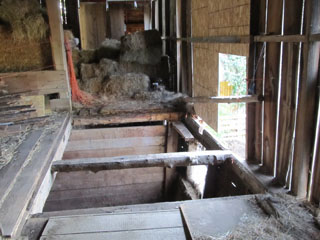 In the meantime I picked up all the small pieces of wood and took them out of the stall and they went with the rest of the boards onto the trailer. While Ron was covering the opening in the mow and emptying the trailer I thought I would start a couple of little monochromatic landscape paintings. 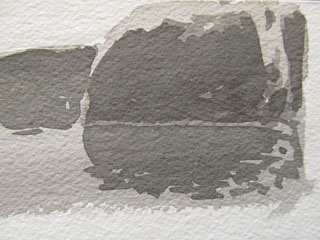 I will post each of these paintings at a later date once they have been completed.
Posted by S. Sydney at 7:42 AM No comments: