Katchewanooka Lake I and II - Two Works in Progress

I added a little more detail to these sketches I did last month when we went canoeing on Katchewanooka Lake.

Ron had gotten home in the afternoon and with it being windy and the threat of rain in the forecast for the evening we didn't want to waste a lot of time driving so we went to Lakefield. 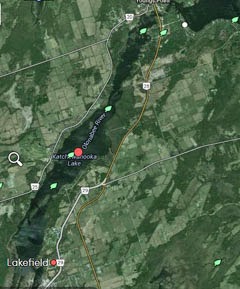 We launched the canoe into the Otonabee River from the public launch on Water Street.

The Otonabee is a 34 mile (55km) long river and is a part of the Trent Severn Waterway. It flows through Katchewanooka Lake and goes down to and through Little Lake in Peterborough and finally drains into Rice Lake.

We paddled across the river in between Prince Andrew Island and went to the far side of Gordonstoun Island. We could feel the strong current pushing against us as we crossed.

Katchewanooka is a Cree word meaning Water of Many Rapids and there are a number of the rapids which are still in existence today and can be seen between the various locks and channels. 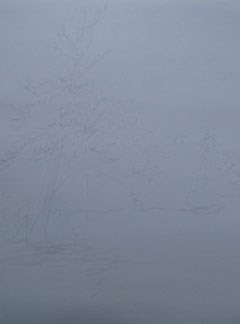 We stayed out of the main channel and continued north beyond the marina and came around Hague Point.

As we passed by markers C113 and C114 we entered the bottom end of Katchewanooka Lake which is the first of the Kawartha Lakes.

The larger boats and cabin cruisers have to be careful and stay within the marked channel because of the multitude of hazards throughout the lake; they include foul ground, rocks awash, shoals, sunken piling and tree stumps.

We continued to the left and followed along the edge of the Lakefield Marsh. It is 200 acres (81ha) of wetland that was saved by local people from development. In 1996 this property was acquired by the Otonabee Region Conservation Authority due to the very generous involvement of local people for the conservation of a provincially significant class 1 wetland, source water protection, conservation education and nature appreciation.

We continued until we were almost at Webster Island and could see 175 acres (71ha) of forest, which was dedicated to the Lakefield College School in 2008; before turning around and heading back.

Ron caught a perch, but none of the other sporting fish such as large and small mouth bass, muskie, walleye, bluegill, and carp for which the lake is known.

I will post each of these pieces at a later date after I have put the ink onto the drawing and have them completed.

Thank you for coming to look at my artwork and I hope you will return often.
Posted by S. Sydney at 4:43 AM No comments: