Dawn Horizon - A Work in Progress

While going through my photographs of Boldt Castle and the surrounding buildings I came across a couple of the Arch of Honour and Peristyle before and after restoration.

What I find interesting in the history of Boldt Castle is that Elizur Kirke Hart purchased the 5 acre (2 hectare) island which was then known as Hemlock Island and renamed it Hart island on 31 July 1871. 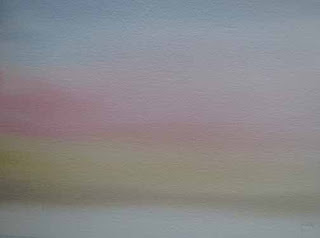 George C. Boldt and his wife Louise renamed the the property from Hart Island to Heart Island; and the first major change was to turn the island into a heart shape.

The Arch of Honour and Peristyle serves as a water gate allowing the St. Lawrence River to flow into the lagoon surrounding nearly half the island. It is over 500 feet (152 meters) in length and at one spot is 100 feet (30 meters) wide. The lagoon was built out into the water in such a way as to make the heart shape of the island more pronounced.

I will post this again once I have transferred the drawing of the Arch of Honour and Peristyle onto the paper.
Posted by S. Sydney at 4:03 PM No comments: