The heat 81F (27C) and humidity 91F (33C) are back again and having the temperatures this high in are unusual.

So to think cool thoughts I decided to do a few drawings of partially frozen rivers in the winter with snow on the ground and trees. 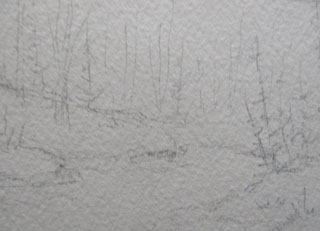 Bend in the River 1

For the first one I wanted to have a covering of snow on the ground with thin ice forming along some sections of the river bank; together with an ice fog in the background to keep things misty. 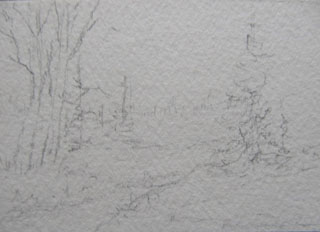 For the second one I wanted a deep layer of snow on the ground and in the branches of the pine trees. The river would have a thin layer of ice across most of its surface and some grasses and growies poking out of the snow. 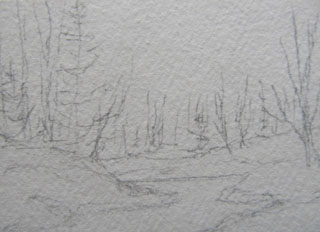 On the third one I wanted a light dusting of snow on the ground which would allow the rocks to show through the snow. The river would be open water and the trees would be a mix of coniferous and deciduous trees.

Any of these sketches could easily be developed into paintings in either watercolour or acrylic, which I may do at a later date.
Posted by S. Sydney at 4:59 PM No comments: