Last week we tried to get reservations for the three hour sunset dinner cruise for our anniversary, but unfortunately not enough people were booked to take the dinner and sightseeing cruise on the Kawartha Spirit with Stoney Lake Boat Cruises so it was cancelled. 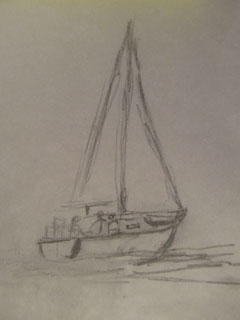 Today was a different story altogether and I made sure that I was well prepared for taking plenty of photographs and had a spare 64GB SD card and plenty of batteries for my camera.

I also took along a note pad, a sketch book and a couple of pencils just in case there was a little time in between taking pictures and notes of the placces to do a few sketches.

Back in May, Cindy, Norma and I had been out sketching and taking photographs on Norma's family farm in Woodview and we stopped at the Viamede Resort located on the Mount Julian Viamede Road to see if it would be a good site for the Outdoor Painters' Group to have a paint out there for next year. 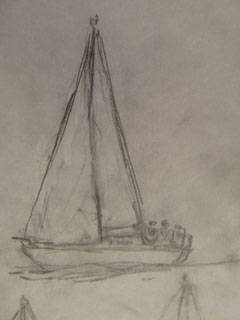 It was there, that I found the Stoney Lake Boat Cruises located at the Public Dock adjacent to the Resort.

Needless to say, I picked up a number of brochures to bring back to the Group for consideration as a paint out location for next year and that some of the Outdoor Painters may be interested in taking the boat cruise before then.

We arrived early and I took a number of photographs of the cruise boat which is named the "Kawartha Spirit". It is the largest Canadian Coast Guard approved vessel in the Kawarthas and has a passenger capacity of 200 people. 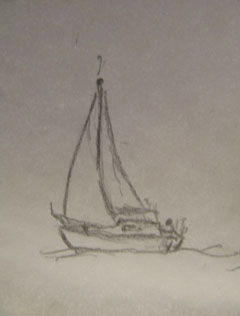 It wasn't long before we were allowed to board and were greeted by the smiling, welcoming crew.

We were shown our table for the evening meal and then went to explore the rest of the boat and find a place on the upper deck.

The view from the upper deck was wonderful and I wasted no time taking photographs.

At the front of the deck by the pilot house there was a ladder leading down to the bow of the boat, we had to go and explore that area as well before heading back up on the deck. 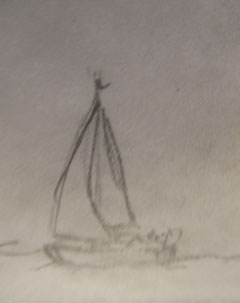 We were very fortunate in that it was a sunny, warm evening with a mild breeze blowing to keep away the humidity and we were to have a clear, almost cloudless night.

It seemed like only a few minutes had passed and the crew was casting off the lines and we were underway for the start of our three hour boat cruise.

Captain Randy Hinton introduced himself and provided a wealth of information about the history of the area, the many points of interest and was very helpful in answering all questions asked by the passengers throughout the entire cruise. 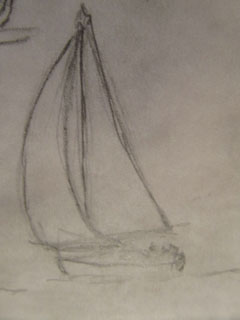 Stoney Lake is one of the deepest of  all the Kawartha Lakes with a maximum depth of 105' (32m).

The scenery was breath taking as we slowly cruised through some of the over 1,000 islands found in Stoney Lake and viewed many of the spectacular mansions, gorgeous waterfront homes and a large number of island cottages of every shape and size imaginable. 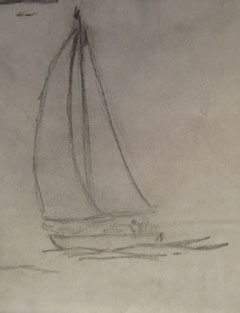 At the halfway point which was near St. Peter's on-the-Rock Anglican Church which is located on a small island and is ironically located in the narrows between the Devil's Elbow and the Hell's Gate Channels and is accessible only by boat.

Here we were called below deck to enjoy a buffet supper consisting of roast beef complete with all the fixings.

After the meal we returned to the upper deck and watched as the sun slowly set filling the lake with glowing colours. 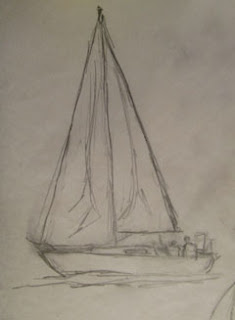 Although we did not enter Upper Stoney Lake we did head far enough south to enter Clear Lake where we turned around before heading past the Burleigh Falls Lock 28 and heading up into Burleigh Bay.

There we were greeted by the rising of a full moon which reflected into the water before turning around and then slowly making our way back to the Public Dock in Stoney Lake.

We thoroughly enjoyed the cruise and will definitely go on this one again next year.

I also hope to go on one of the Public Lunch Cruises on either a Tuesday or Thursday which departs at 11:00am as well as one of the Daily Cruises which depart at 2:00 pm.
Posted by S. Sydney at 10:10 PM No comments: