Watching the Boats I - A Work in Progress

Starting the morning off at -24F (-31C) and if I am lucky the high today will be 0F (-18C), so it is a good thing that I came across some of the sketches I did while lying on the beach in Cuba a few years ago.

I have inked in some of the drawing and I will post this piece at a later date once it is completed.

On that vacation we spent two weeks in Jardines del Rey Gardens (Gardens of the King) which is an archipelago or a chain of islands off the northern coast of Cuba that extends 125miles (200km). It developed on the coral reef system that lines the shore between the Bay of Buena Vista and the Atlantic Ocean.

For the first week we stayed at the Tryp Cayo CoCo and I was very disappointed with a number of things. But I do have to say their entertainment was well worth watching, the dance routines were wonderful as was the music and singing.

We had booked this resort because it was supposed to have a dive shop on site, but when we asked at the front desk, they said they didn't have one and of course they were wrong. We finally found the dive shop at the far end of the property while taking a walk along the beach on the fourth day we were there so I managed to get three dives in using some of their equipment; it is a good thing I made sure I brought my own regulator unlike Ron. 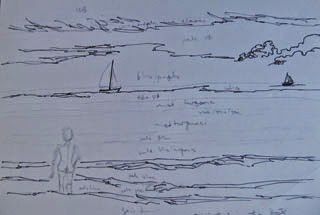 He had expected the equipment to be of the same quality as the kind that was in the dive shop in the Breezes Veradero, unfortunately it wasn't and Ron had three pieces of equipment break before he even got into the boat to get taken out for our first dive. But the reef was well worth going out on with plenty of fish and a wide variety of different species.

The beaches were in deplorable condition, covered in seaweed and about mid-day when many of the tourists started to complain about the stench of rotting vegetation they brought out an ancient tractor and the beach then reeked of diesel fumes while they cleared the offending seaweed.

I had wanted to go back to the Bellamar Caves but with the King's Garden being over 185 miles (300 km) southeast of Varadero it was impossible to do it as a day trip, so for the next two days we booked tours through Sunwing and had an enjoyable time aboard a catamaran for the first trip where we were able to enjoy the sun and the sea, with good food and lots of fish while snorkeling on two different reefs.

The second day our tour took us to a sugar cane plantation, an abandoned sugar cane processing plant where we took a ride on the old train the pulled the sugar to port and ended our tour with a visit to a tobacco plantation where we watched the Cuban cigars being hand rolled. Each of us was given a cigar as a gift and since neither Ron nor I smoke friends enjoyed the two cigars we brought back.

Soon it was time to go to the second resort on Cayo Guillermo.
Posted by S. Sydney at 8:26 AM No comments: