Today we went up to Algonquin Provincial Park in Whitney, Ontario for the rest of the Thanksgiving holiday weekend.

Facilities include lodges, campgrounds, scenic drives, hiking and skiing trails and over 930 miles (1,500 km) of lake and river canoe routes. 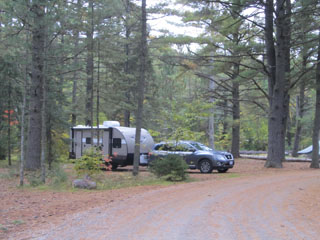 The park lies across the southern edge of the Canadian shield and is located between Georgian Bay and the Ottawa River and has Highway 60 running through the south end of the park, while the Trans-Canada Highway bypasses it to the north.

Additions since it was first created have increased the park to its current size of approximately 2,955 square miles (7,653 square kilometres).

The rolling landscape was smoothed and gouged by the glaciers that receded 10,000 years go during the last ice age which also created the over 745 miles (1,200 km) of streams and rivers and over 2,400 lakes which provide access by boat to the interior of the park. 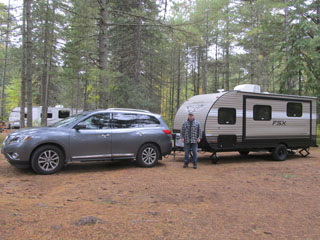 The park is considered to be an area of transition between the Northern Ontario coniferous forest and the Southern Ontario deciduous forest. Due to this unique mixture of the different forest types and also the wide variety of environments within the park, it allows the park to support a wide diversity of both plant and animal life.

The on land the park is famous for its wolves and a wide variety of other animal species are common and almost 250 bird species have been recorded throughout the park. The cold, deep, lakes are home to trout, small-mouthed bass, pike, muskellunge and walleye can also be found.

In 1992 Algonquin Provincial Park was named a National Historic Site of Canada in recognition of its many heritage values, a few of which are its role in the development of park management; it being an important site for wildlife research; its role in inspiring artists, which gave many Canadians an appreciation of their country; pioneering visitor interpretation programs many of which were later adopted by both national and provincial parks across the Canada. 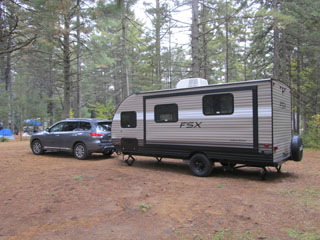 A new visitor centre complete with bookstore, museum and restaurant was opened in 1993 to celebrate Algonquin's centennial.

Algonquin Provincial Park is the only designated park within the province of Ontario to allow industrial logging to take place within its borders. Logging began in the 19th century, especially for white pine and today over 70% of the park is still subject to controlled logging.

Recently park planning and land use pressures and have led to a lot of public debate regarding the appropriate use and designation of the park, which in my opinion doesn't bode well for the Park.

The last thing I want to see is a subdivision in the middle of the park or the lakes being ruined by having hundreds of cottages and motorboat traffic destroying the peace and tranquility of these pristine areas.
Posted by S. Sydney at 8:46 PM No comments: