I decided that it was time that I started working on some of the unfinished pieces that I have accumulated over the years. 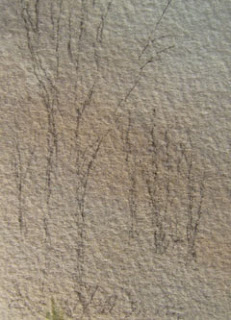 I pulled out four small paintings. All of them had been started on the same day a couple of years ago (see post on 06 March 2013).

I decided that since the backgrounds on all of them looked like it could on be a rainy day that I would paint them as such.

The first one had been originally called Grey Sky B.

I started by sketching in some of the main trees and this one looks as though there is be a path leading through a forest. 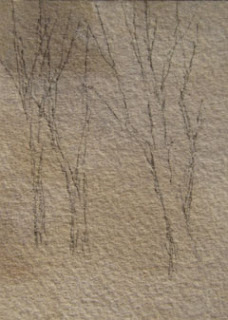 I then set it aside to start work on the next painting since they would have the same theme I would work back and forth between all of them.

This one had been called Grey Sky C and I turned in around to make it into a vertical painting with the dark cloud shape on the top of the painting.

I started by drawing in some of the main trees.

I am not sure if I want to make it into a forest or if I will have the trees beside a brook. 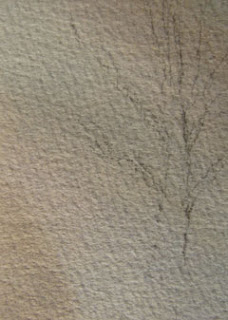 I drew in a large main tree to one side of the painting and will I will probably paint this tree as a maple with the leaves in autumn colours.

I think the trunk should be very dark, as though it has been raining to provide a strong contrast against the grey sky.

I will also keep the background fairly soft and out of focus to complete the illusion of a rainy day. 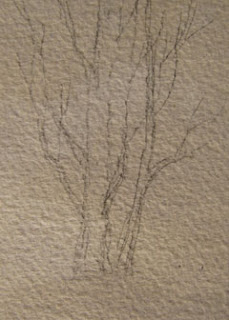 The last one was originally called Grey Day E and I wanted to make it a little different again from the other three.

Even though it will feature the day being cloudy with rain.

I want to put a fence behind the trees and I have to decide if it will be a snake fence, a split rail fence or a post and rail fence.

I will post these paintings at a later date once they have been completed.
Posted by S. Sydney at 10:19 AM No comments: