It was such a pleasant change for the temperature to be 76F (24.4C) and sunny with a lovely breeze that kept the humidity they were calling for away. 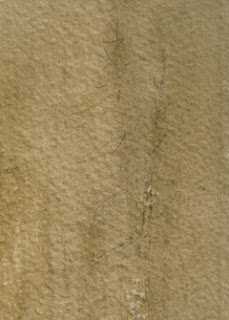 I pulled out these two painting that I had started a while ago (see post on 17 March 2013).

With the background of both of them being a greyed green I thought turning them into painting with a foggy background would be ideal.

The first one had originally been called Green Background A and I lightly drew in two spruce trees.

These two trees in the foreground will have the most definition and I will add some soft, indistinct trees in behind them. 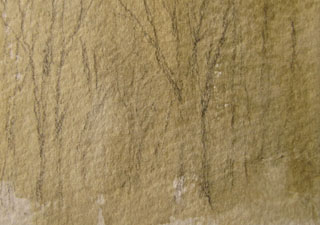 The second painting had originally been called Green Background B and I wanted to turn it into a forest scene with the fog moving and hiding the background trees, making them appear almost ghost like.

I have indicated where the more defined trees are and some of the slightly more detailed trees will be placed.

I will post each of these paintings at a later date once the trees have been completed.
Posted by S. Sydney at 9:12 AM No comments: