I thought I would do a couple of drawings of the scenery as I looked out my kitchen window at the infield of the track. 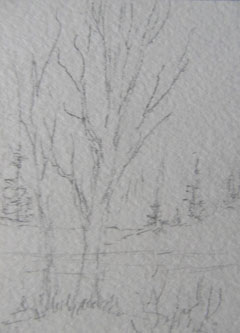 By the entryway to the track by the barn, there are a couple of young maple trees on the bank which rises above the last turn.

It is here where the track is at its lowest level in between both sides of the land.

Partway along the backstretch the track becomes higher than the ground and by the time you are at the second turn the infield side it is about 8' (2.4m) higher and on the roadside there is a 40' (12.2m) drop. 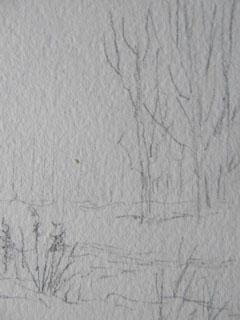 Just past the sentimental light the track starts to once again be lower than the banks on either side heading into the fourth turn.
Posted by S. Sydney at 8:36 AM No comments: