Kabocha Squash and Garlic - A Work in Progress

Today I was greeted to 54F (12C) first thing in the morning and it is to go up to 73F (23C) with the humidity making it feel like 84F (29C) this is just an unkind joke Mother Nature is playing on us before the temperature goes below seasonal later this week.

This afternoon I went to the second of four classes with Michel St-Jean in realistic painting at KAGS (see post on 07 October 2014). 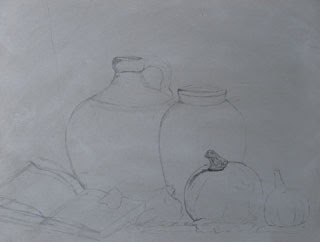 The next stage was to paint the drawing in tints tones and shades of grey going no darker than a seven on a tonal scale. This technique is known as grisaille and was used by the old Masters (for more information on grisaille see posts on 07 and 21 October 2013). 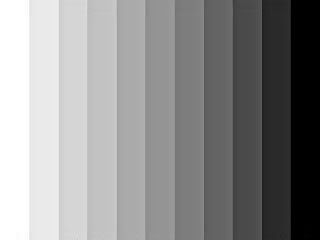 I will post this painting at a later date after I have completed the shading details and finished painting the grisaille.
Posted by S. Sydney at 7:27 AM No comments: