Yesterday at KAGS our theme for the sill life class was squash and gourds. The main painting I was working on (see yesterday's post) had to be set aside to dry so I decided to work on some sketches of a number of the other squash that were in the display. 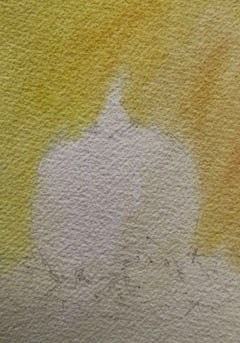 Since pumpkins are probably one of the best known squash, I did a sketch of one of the small pumpkins that were in the display.

I liked the various Maple leaves that were scattered throughout the display and continued with having them as a base for the drawing.

After completing this one I decided to do a couple more.

There was such a variety I was spoiled for choice. I finally settled on one of the ones that looked similar to a pumpkin.

Since this one was more flattened instead of round I did it in landscape rather than portrait format. That way I wouldn't have the sides of the squash at the edges of the painting and a lot of space above and below. 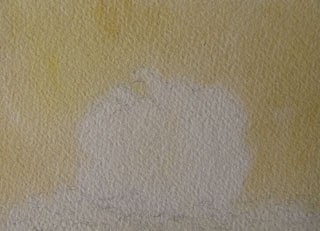 The next squash I picked because it was warty instead of smooth and it looked as though the bottom of it had been dipped in green paint.

Next I took all three paintings and put in a background of mixtures of raw sienna, new gamboge, aureolin and burnt sienna. 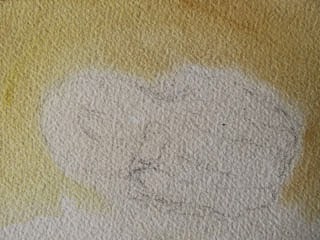 I will post each painting at a later date as more work on them is completed.

Thank you for taking the time to look at my artwork and I hope you will return often.
Posted by S. Sydney at 4:46 AM No comments: