Koi Pond - A Work in Progress 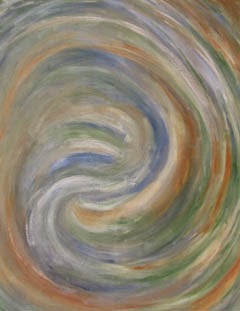 Last month I took a class with Krista Ouellette at KAGS.

The object of the first abstract class was to create movement using colour and shapes.

I chose to use a limited palette of titanium white, raw sienna, French ultramarine blue and chromium oxide green on a fairly large canvas.

With my first lines I set down in an S curve and worked around it through the painting. 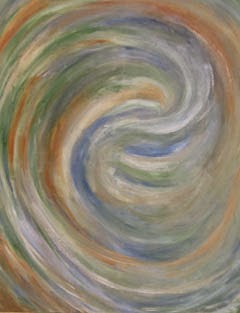 I added the various colours blended them, moved them throughout the canvas, changed them and kept working until it felt finished.

Unfortunately, with working on such a large canvas I didn't think to take the time to take photographs as I went through the stages of painting in the colours and creating the movement.

After letting the painting dry so I could move it around to decide which way it would look the best. 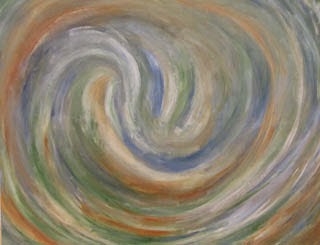 As you can see, each direction as its own character and the movement is slightly different. I think I will have to keep changing it around until I decide which way I like the best. 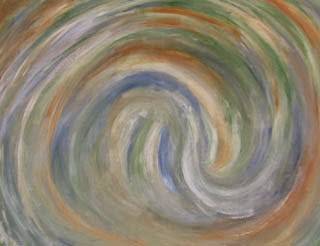 In the meantime I will draw out a number of koi on tracing paper and put them onto the painting and see which way they would look the best.

I will post this painting at a later date once I have placed the koi on the painting.

Thank you for taking the time to look at my artwork and I hope you will return often.
Posted by S. Sydney at 9:50 PM No comments: