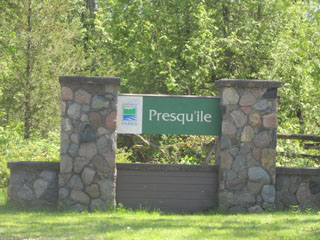 I left myself an extra two hours of travelling time so I wouldn't be late for my 1:20p.m. appointment time. 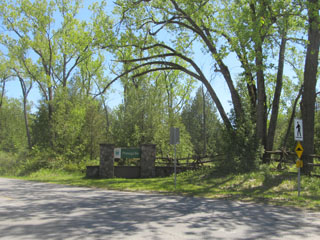 As it ended up it was a good thing I did, as there were three different roads that were under construction. Two of the roads were being paved which involved waits because only one lane was open. On the third one they were putting in a new culvert and again only one lane was available. 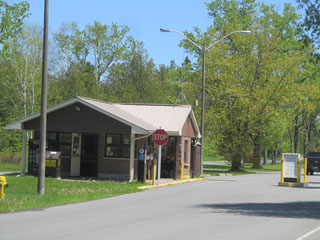 Finally, I arrived at Presqu'ile Provincial Park and stopped at the gatehouse to get a map to find Stonehedge Cottage , which was located at the far end of the Park and the speed limit on the roads were 25mph (40kmph). 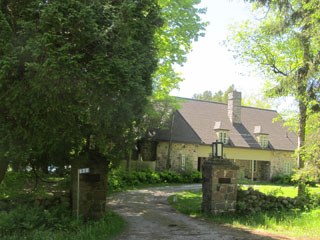 Once I arrived at the Cottage with 10 minutes to spare, I took my paintings into the display room and set them up and went to the waiting area while five adjudicators looked at my art work. 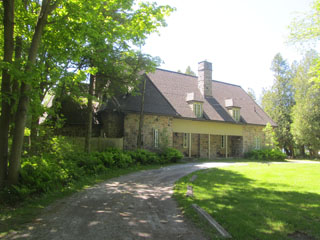 I was pleased when I was called back into the room to learn that I had passed the jury and that they wanted my painting Frozen Barns (see post on 02 February 2010) painting, which usually hangs in my living room to be displayed at the show to be hung over the fireplace in the main display area. I look forward to exhibiting at this new show in November.
Posted by S. Sydney at 9:04 PM No comments: