Rocky Shore 1 - A Work in Progress

It is another bright and sunny day and while the weather holds we decided to get the higher parts of the walls completed so during the week I could work on the lower ones were I wouldn't have to use the extension ladder. 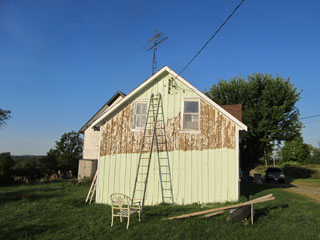 I started on the east wall first and got the top area painted, before moving around to the south side of the building. 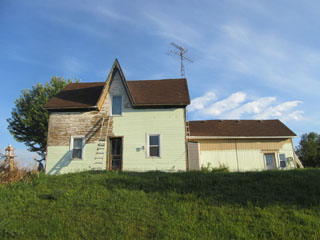 By then it was time to have a late lunch before going out and mowing the lawn. 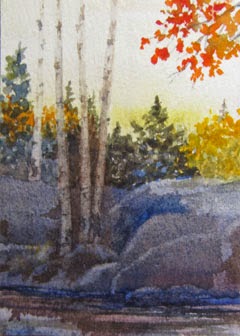 After supper I wanted to work on a painting and I pulled this little piece out that I had started last month (see posts on 17 July and 17 August 2013).

I added the cedar trees behind the birches and put in the markings on the birch trunks.

I will post this painting at a later date once it has been completed.
Posted by S. Sydney at 6:34 PM No comments: