Today Cindy Allan, Norma MacEachern and Diane Collins took my paintings for me to The Douro-Dummer Library Art Gallery, at  425 Douro Fourth Line Road, in the Hamlet of Douro, Ontario to hang the Countryside Art Group's exhibit.

Unfortunately, I will not be able to be there, but I hope you will be able to come out for the reception or to view the exhibit. 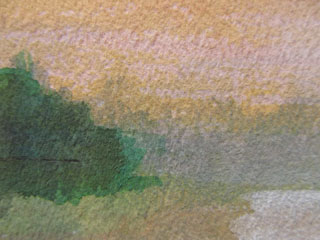 In the meantime, I thought I would like to work with the semi opaque paint again, that my friend gave to me last year. 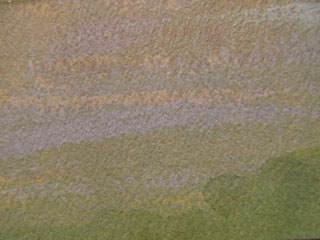 Next I wet the paper and began blocking in basic shapes on each painting, starting with the peach in the sky to keep something in common with all four pieces. 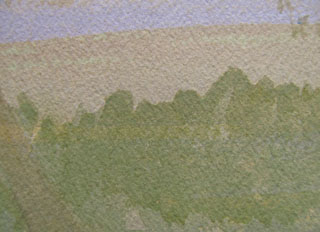 On one of the paintings I put in a little bit of water with the light blue and a shoreline with the beige.

I also added a few hills into the background of the same painting with the mauve. 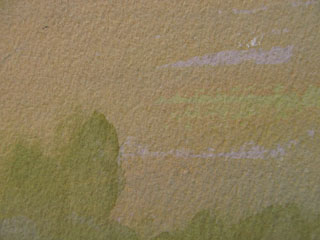 Next I started adding in some trees using various combinations of the dull and the dark greens.

I will post each painting at a later date once they are completed.
Posted by S. Sydney at 9:49 PM No comments: