Today after barn chores were finished we decided to take a short drive and go out on one of the nearby lakes in the canoe. 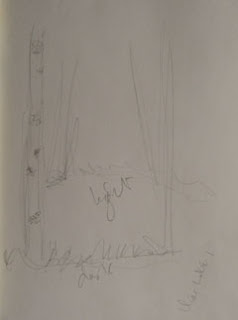 Once everything was loaded, we were soon on Highway 28 to find one of the marinas on either Clear Lake or Stoney Lake.

We found a marina just off the highway with a public boat launch and we were soon out on Clear Lake.

We decided to head toward Youngs Point Lock 27 instead of going up and into Stoney Lake. 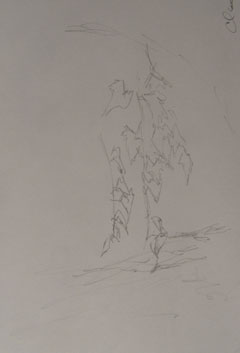 As usual we paddled until lunch time and then stopped to have our lunch before turning around to head back to our launch site.

Clear Lake is one of three interconnected lakes which form the eastern end of the Kawartha lakes region.

The area to the northeast is Upper Stoney Lake, in the centre is Stoney Lake and stretching to the southwest is Clear Lake. 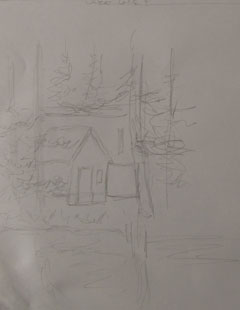 Clear Lake has a maximum depth 30' (9m) with an average depth of 17' (5.2m). It is home to bluegill, carp, large and smallmouth bass, rock bass, muskellunge, yellow perch and white sucker.

Ron caught three small mouth bass and I did nine sketches and had reference photographs, some of which will end up as paintings. 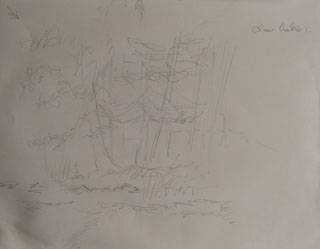 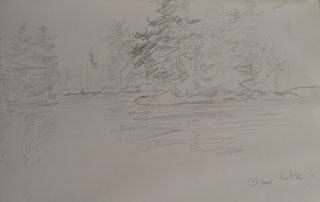 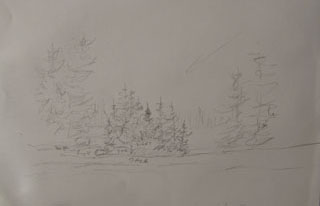 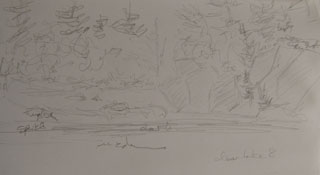 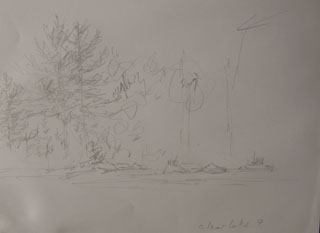